Written by Zach N.
Updated over a week ago

The third and final tab of the Deals app is the Automations Log.

This tab serves to help you keep track of all of your various deal automation throughout your sales pipelines. You'll be able to rapidly identify the type of automation, its current status, when it's scheduled to trigger, and which automation follows it.

You can filter the automation log table to show only the deal automation that's immediately relevant to your needs. You can find all of your filtering options in the leftmost column.

Note - You can use as many of these filtering options simultaneously as necessary.

Check the box next to an automation status to see automation with that status only. The statuses are as follows: 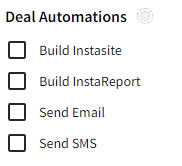 Next, you can filter the logs by automation type.

Check the box next to one of the four types to see automation of that kind only within the table. 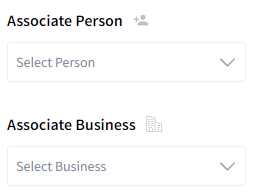 Finally, you can filter your Automations Log by selecting a specific pipeline to view. Simply click on the pipeline and your table will update automatically.

Finally, you can always search for specific automation by using the search bar in the top-right corner.

View an Automation Sequence for a Specific Deal

Finally, you can view the entire sequence of automation for a specific deal name. To do so, hover over the deal name and click on the blue gear icon. Then, click on View All Events.

This will show the entire sequence of automation that occurred to date or has yet to occur in a new table. The columns in the table still represent the same values, but only reveal items for the selected Deal Name.

If for any reason you wish to skip automation in the sequence, you can once again hover over the Deal Name, click the blue gear icon, and click Skip. This will prompt our system to skip that automation permanently.

This covers everything you need to know about using your Automations Log. Be sure to keep tabs on this regularly to ensure that your automation goes through for each deal successfully.

Did this answer your question?